The 101st Army Concert Band is the largest and most versatile ensemble in the 101st Army Band. Directed by CW2 Russ Massey and SFC Nathaniel Johnson, the concert band can frequently be found performing in a wide variety of venues, from historic sites like the Tabor Opera House in Leadville to modern performing arts facilities like the Lakewood Cultural Arts Center. This ensemble’s biggest asset is its musical versatility. From large-scale formal concert band pieces to patriotic music and marches, the concert band offers music of any style to please any audience. Recently, the concert band was the featured ensemble at the Colorado National Guard’s 150th Anniversary Concert in Denver. 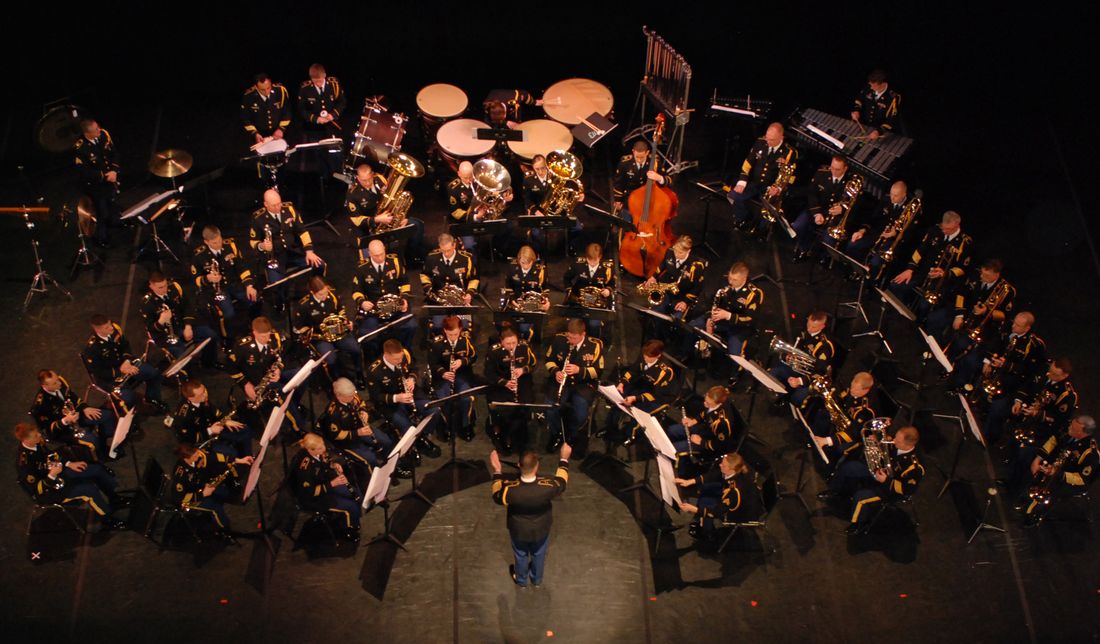